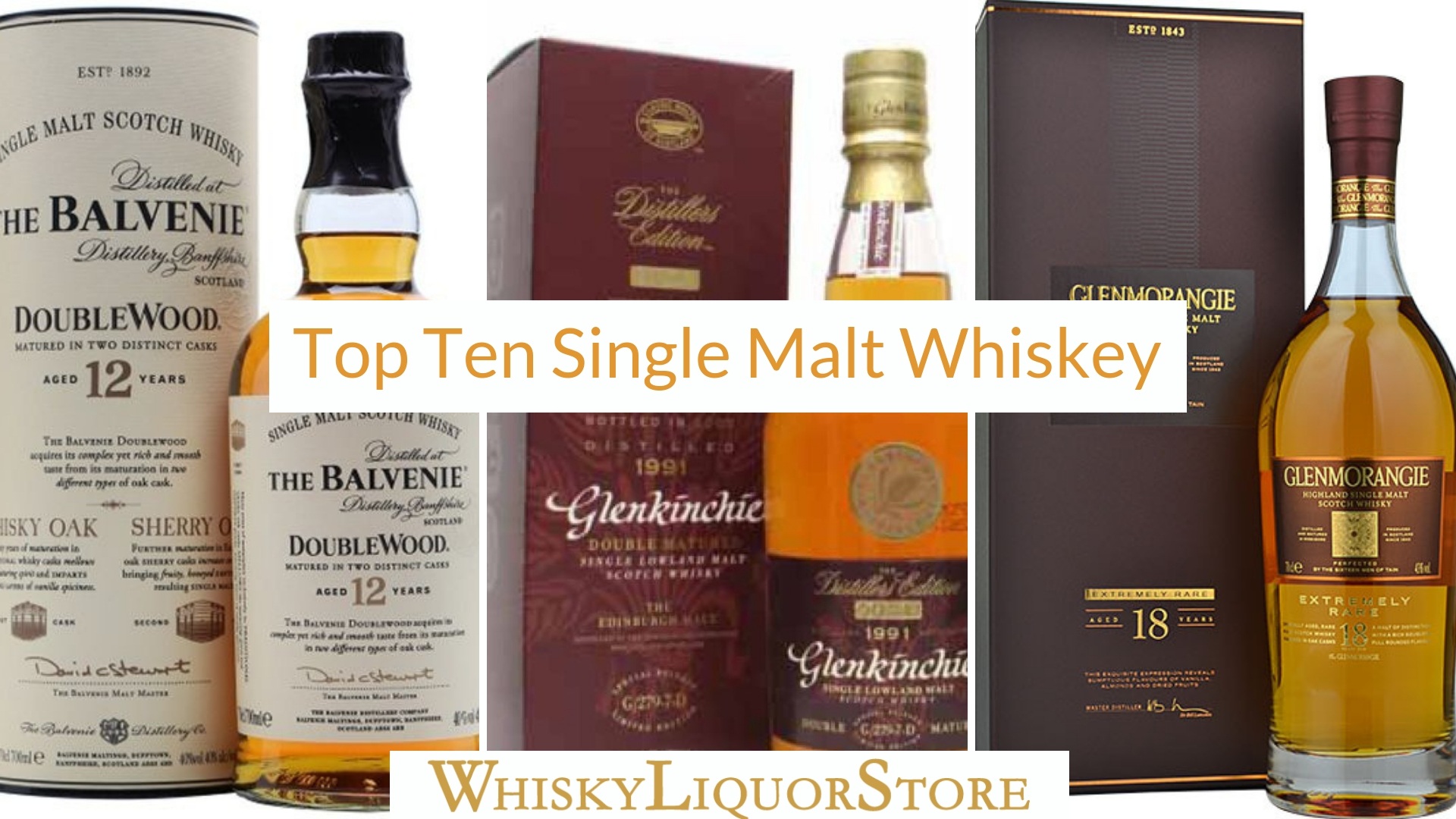 WhiskyLiquorStore.com is an online store that specializes in finding you the best whisky and bourbon on the planet.  Below are some of our favorites!

The first time scent to the nose of Springbank 10 year old includes a hint of honey, fresh cucumbers and brininess without forgetting smoke, peat and disguised maltiness. Springbank 10 Year Old begins its life in Bourbon barrels and the pleated process of distillation incorporates a distinguished two-and-a-half times distillation method.

When we sampled for the first time, we tasted a full, luscious and a tad sweet beginning with a lingering, long finish of smoke, peaty lemon zest and fall leaves.

This legendary Highland Single Malt is a favorite of Queen Victoria and Prince Albert and also sometimes very hard to find because of it’s classic flavor.

The scent of freshly cut grass, irresistible spices mixed in with hints of hay and sandalwood hit your nose first. The finishing is a nice taste of fruits,  cereal barley, brown sugar and coffee malt taste.

This is the pride of distilleries of Speyside, Scotland since 1892 and is attributed with introducing malts with wood finishing. The double wood for example is a 12 year old single malt that is stored first in sherry casks and then later in bourbon casks. This single malt contains three flavor profiles including heather, honey and clean barley. The bourbon barrel adds vanilla, a sort of cookie-like taste, as well as marshmallow, caramel and toast. The sherry barrel’s influence is expressed via peach, marzipan, clover, a bit of honey and prunes.

This creation of Islay is a little deviation from the whisky flavors of Scotland that has stayed in the industry for more than 130 years. Many Scottish whiskies go through chill filtration which prevents the haziness of the drink which can affect its flavor, but not this one.  To the nose, it presents a perfect balance of smoke and peat. The hints of subtle smoke, brine, malt sweetness, fruit and nuttiness bloom on the palate. This drink requires a stronger proof for the balance and full palate impact.

A relatively new to market entrant, the first Highland Park’s 18-year-old Single Malt was launched in 1997. Its’ classic taste offers a flavor of toffee accompanied by a long and light smoky finish.  The first scent to the nose is honey, sherry and peat with hints of almonds and a light smoky touch. It finishes with heather and a mixture of honey with earth, dried fruit and nuts. Balance and brilliance are the memories this malt leaves dram after dreamy dram.

The Macallan brand is synonymous with top-tier single malt scotch with some of the best output directly from the cask.

Just like its better-known 18-year-old partner, the cask strength is bright, rich and accessible. The difference is this one is full of caramel, brown sugar, toffee and vanilla. It’s well balanced on the palate with a sweet, tawny port, cinnamon oatmeal bouquet.

Founded as early as 1885 (more than a century before Highland Park came along, Scapa shouldn’t be considered the “other” distillery on the Orkney Islands.  Scapa makes legendary Single Malt in their 16-year-old “the Orcadian.” This liquid gold is beautiful to look at with its golden amber hue, this malt produces prodigious, thick, slow-flowing legs down the side of the glass. The nose dances with light smoke and fresh berries as the sea saltiness washes over you. Very drinkable with its creamy honey and broken, subtle peat mixed in with chocolate and pepper, it has a memorable palate. With its dry, peaty and rich finish, this un-chill-filtered whisky has both the personality of a classic malt and the attitude of an innovator.

Glenkinchie started distilling world-class Scotch in 1837.  The Distillers Edition gave us a grassy, slightly floral and full-bodied spirit, which is what we expected from the Scottish lowlands — both on the nose and in the glass. The palate offers a pleasant, subtle mixture of leather, smoke, vanilla, honey, Sherry and stewed red berry fruit. It finishes with surprising strength, based in nutty molasses, brown sugar, smoke and caramel apples. Such complexity is rare for a Lowland whisky, but not for an exceptional Single Malt Scotch.