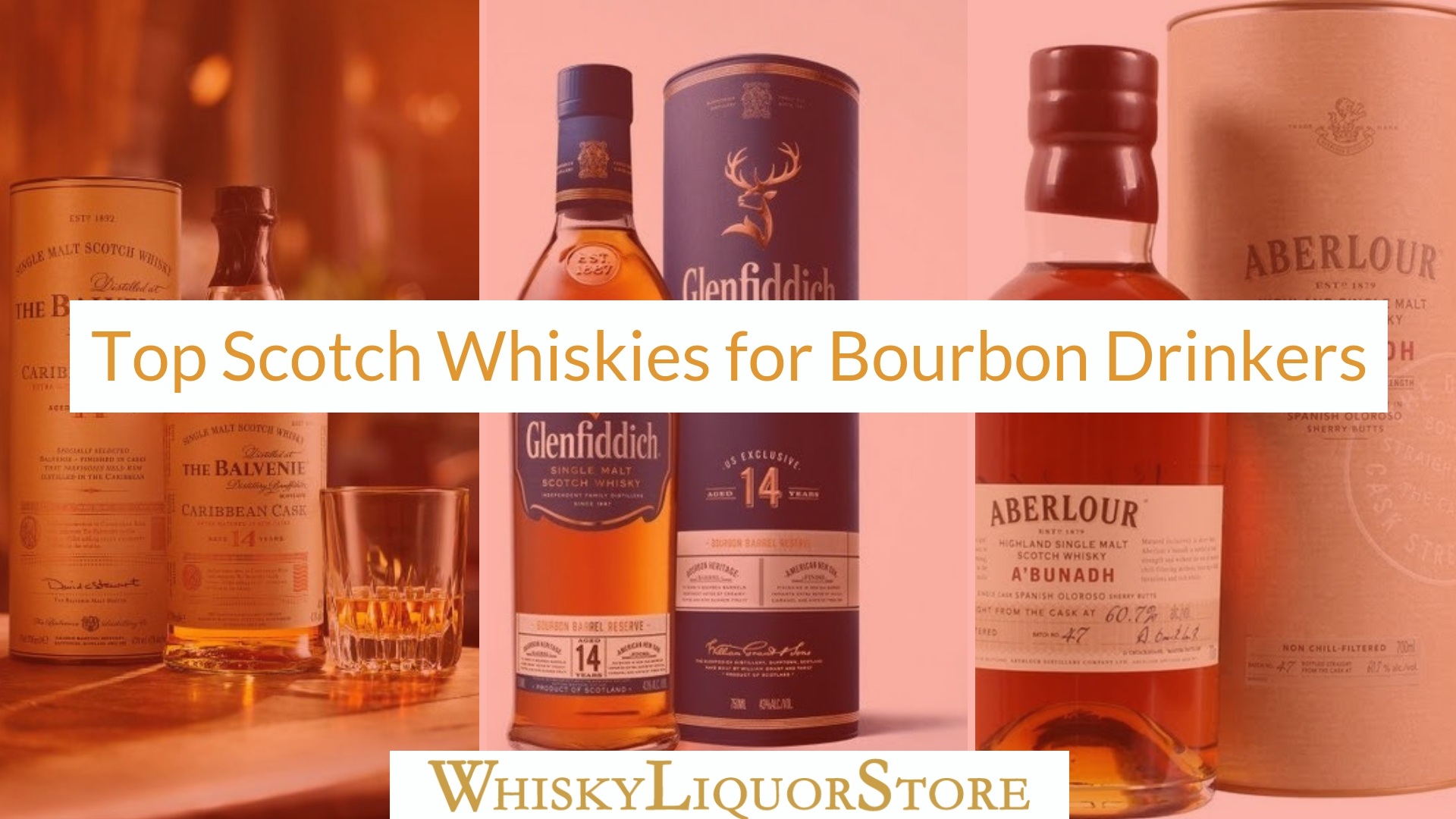 Bourbon drinkers who love a good taste of scotch whisky every now and then, we had you in mind when we wrote this article. And for those of you who want to wow their bourbon loving friends with your talent at picking the best scotch, we have your covered as well.

It makes sense if you think scotch is just isn’t right when you haven’t tasted Balvenie Doublewood 12 year old. This fine drink finds its way onto most introductory Whisky lists for all the right reasons. The Whisky is believed to spend its first and second fill in bourbon barrels before having its final stage in sherry casks.  The balanced combination makes it ideal for bourbon drinkers

This is an older version of a close relative Balvenie 12.  The Balvenie Caribbean cask 14 year old spends the extra final two years in Caribbean rum casks. Tasting the two side by side makes it easy to see how a finishing a Whisky in a different barrel for a short period of time can really transform the flavor. It gets even better with the 21 year old.

Trying something so far away from bourbon but close to home comes with trying Tamdhu Batch Strength. This Whisky is un-chill filtered and bottled straight from the cask. It is then packed at a heavy punch at 58.8% ABV. To have the real taste of scotch you can have a sip straight from the bottle although it requires a good amount of water.

This whisky has had its maturation years entirely in sherry casks that have had whisky filled in them for some time to ensure the inside of the barrel remains younger for long so as to give nice flavor. This can be compared to the rich dark red fruit and even chocolate flavors

I will give you two reasons why this will appeal to you as a bourbon drinker. One, the drink is bottled at cask strength which will give the drinker that familiar stronger taste as bourbons are known to have 80 proof. And the Aberlour A’Bunadh is finished in sherry casks, delivering that sweet and creamy finish with just the right amount of smoke.

The first thing that strikes you about this whisky is its deep amber color, which looks a lot like most of our favorite bourbons. The Buchanan’s 18 special reserve combines 15 different types of whiskies with a minimum of 18 years blending them together. The final drink is smooth with hints of chocolate, cocoa and toffee with flavors of red plum, orange and roasted nuts which is perfect for bourbon drinkers.

The drink spends its aging time in ex-bourbon casks for a minimum of 10 years. They are then transferred into Sauternes dessert wine casks. This enables the Scotch whisky to absorb sweetness that has been left in the barrel during the wine making process.  The final product is sweet with a lime-orange scent. Bourbon lovers won’t say no after tasting this liquid gold.

This whisky is aged in ex-bourbon casks for 14 years before being finished in new charred American oak barrels. The result is a lovely and lively flavor that will be appreciated by both scotch and bourbon lovers. The drink is full of vanilla, baked apple and cinnamon flavors with a smoky finish.